Prior to the National Conference will be Urban Boards Alliance (UBA) Day on March 30, also in Tampa. This single day event is targeted to urban, suburban, and rural districts with challenging environments. UBA Day will include two general sessions with keynote speakers and panel discussions, as well complimentary breakfast and lunch for attendees and an evening reception. The cost to register for the UBA event is $199, with prices increasing to $249 after January 28.

Registration instructions and housing information for both events are available on the COSSBA website. An at-a-glance schedule has also been posted. Questions about registration should be directed to anne.butcher@cossba.org.

COSSBA, the Consortium of State School Boards Associations is a non-partisan, national alliance dedicated to sharing resources and information to support, promote, and strengthen state school boards associations as they serve their local school districts and board members. Illinois is a founding member. 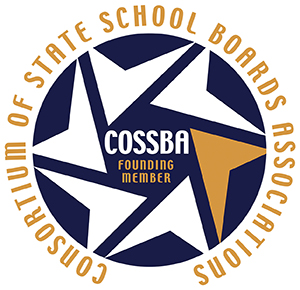