Orientation: Building the Board Team

Every other year, most school boards gain at least one new member, and some even acquire a new majority of four or more new members. Whenever new members join the governance team, including the hiring of a new superintendent, it is valuable to go back to the basics.

IASB developed “Orientation: Building the Board Team” to help school boards orient newly elected or appointed board members to their position. In order to become a high-performing team, each board must address the orientation needs of new board members.

“Orientation: Building the Board Team” includes two agendas with accompanying materials that will help boards work through this orientation process.

The first orientation step is an introduction to the current state of your school district including a review of current projects, strategic plans, district finances, collective bargaining agreements, and key staff contracts.

The second step is a meeting designed to focus on the work of the board, the work it does and how it chooses to do this work. This meeting of the full board is intended to set the norms for communication, roles and responsibilities, meeting processes, and other board protocols.

An effective orientation program for new board members can accelerate the time between the start and becoming a high-performing team. A small amount of time invested in orientation and team building will allow the board to focus on its important work.

While the orientation is designed to be self-directed, outside facilitators or IASB Field Services Directors may be used to help facilitate meetings. 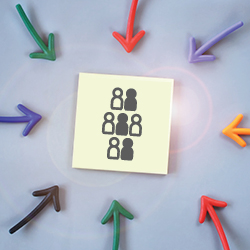