The board of education, also called the school board, is a unit of local government that establishes direction, goals, and priorities for a school district and determines policy, budget, leadership, and administration.

The local school board grew out of the town meeting, dating back to the original 13 Colonies. Times have changed, but the function of school boards today remains the same: to provide local citizen control over public education, representing the community and its aspirations for its local schools.

The Illinois Constitution grants boards of education latitude in governing their school districts, subject to state laws and regulations. The local school board is required to adopt and enforce all policies necessary for the management and governance of the public schools of the district. Through its written policies, the board directs and empowers the superintendent to function as chief executive officer in managing day-to-day district operations.
The board studies the needs of students and the community and bases its decisions on those needs. The superintendent carries out those decisions. The following chart distinguishes board work from staff work:
The purpose of a school board meeting is to transact the legal business of the school district through discussion and voting among the members. Because a school board is an elected governmental body, it can take action only by majority vote at a public meeting. An individual board member has no authority other than the right to cast a vote at such a meeting.

While school board meetings are held in public, they are not meetings of the public. This means that members of the public are welcome to attend to listen and observe, but they are not a part of the board discussion. Board policy establishes the public comment portion of a meeting, during which individuals may address the board, but rarely does a board engage in dialogue.

Outside of regularly convened meetings, effective boards engage in an ongoing two-way conversation through the use of public forums, surveys, citizens committees, and other engagement tools to determine the community’s aspirations for its schools and students.
The legal authority that Illinois school boards operate under comes from the Illinois State Constitution. The laws governing schools are found in the Illinois Compiled Statutes. Many are contained in Chapter 105, which is commonly called “The School Code,” but there are many other chapters that affect or regulate schools, both directly and indirectly.

The Illinois State Board of Education (ISBE) was created by the Illinois Constitution to “establish goals, determine policies, provide for planning and evaluating education programs and recommend financing” for the public schools of Illinois. The Board appoints a chief state educational officer, known as the State Superintendent of Schools, who is in charge of the operations of the state’s department of education. ISBE is charged with developing regulations designed to implement those statutes enacted by the Illinois General Assembly that affect school districts. This collection of regulations is known as Chapter 23 of the Illinois Administrative Code.

Regional Offices of Education (ROEs) are administered by Regional Superintendents of Schools elected by popular vote from all counties of the region. Regional Boards of School Trustees are elected individuals, chosen from among the citizens of the region. Duties are assigned to the ROEs by statute. For example, the Regional Superintendent is the only one who may, by law, remove a seated school board member.

While it is true that the U.S. Constitution does not mention education, and as such public education is the responsibility of the state, since the 1960s the federal government has assumed increased role in the regulation of the schools by imposing requirements upon the states. Federal laws such as the Civil Rights Act of 1964, the Individuals with Disabilities Education Act, the Gun-Free Schools Act, and the Family Education Rights Privacy Act impact schools.


Schools are also bound by case law, rulings of various courts as they interpret laws to determine applicability in a particular instance, constitutionality, and fairness.

Although not a part of state government, the Illinois Association of School Boards (IASB) is organized by member school boards as a private not-for-profit corporation under authority granted by Article 23 of The Illinois School Code. IASB is not a regulatory or oversight organization for local school boards. Rather, the Association provides training and resources to its member school boards in pursuit of excellence in local school governance and quality public education.

Board members come from all walks of life. The ability to function as one member of a seven-member governing board is not determined by any demographic or social standing. Effective school board members, however, are characterized by the following:
Sometimes members of the community contact a school board member with concerns, suggestions, and questions. This may be appropriate when discussing district-wide policy. Often, however, the matter is outside of the individual board member’s role and authority and must be referred to the superintendent or other staff. For a school concern, the best place to begin is with those directly involved: The teacher for a student-related or classroom concern for example, or the principal regarding a school regulation or practice. If the first point of contact is unclear, contact the district office for guidance on the appropriate chain of command.

Certain concerns may need to be forwarded to the attention of the superintendent, especially when matters involve state laws or district-wide policies.

If the concern is important enough to be brought before a public meeting of the full board, request the superintendent place it on the agenda for the next board meeting. Boards must allow time at meetings for public input. Those wishing to speak should find out in advance about time limits or other locally-established rules.

School board members are elected or legally appointed officials not subject to recall. For concerns about the school board itself or an individual school board member, it would be best to speak with the appropriate Regional Office of Education. Only the regional superintendent has the power to remove a board member from office for willful failure to perform official duties.
School boards have a responsibility to make the most effective, efficient use of school resources and protect those resources against waste and abuse. You can help ensure local decisions about education programs align with your community’s needs by 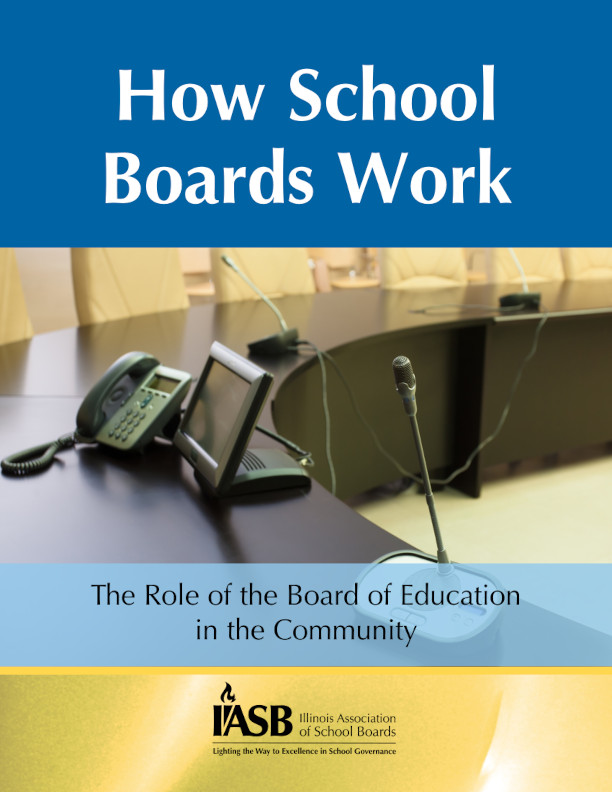