Before crafting the Fiscal Year 2023 budget, the Democratic Majority of the Illinois General Assembly worked with Governor Pritzker to address several outstanding budget issues. The opinion of whether those issues were resolving real problems or just passing on the cost to Illinois employers took a decidedly partisan tone. Democrats supported Senate Bill 2803(Opens in a new window) (Holmes, D-Aurora) and Republicans voted against the measure.

The spending package in SB 2803 included $2.7 billion for the underfunded Unemployment Insurance trust fund from Federal American Rescue Plan Act. Democrats argued that $2.7 billion for the Unemployment Insurance trust fund was a boost to a fund that is underfunded because of historically large claims due to the COVID-19 pandemic. On the other side of the aisle, Republicans argued not fully closing the backlog to the fund was a quasi-tax on employers who will be responsible for closing the gap in the fund.

With two weeks to go before scheduled adjournment, only a few bills have been sent to the governor’s desk. If your school district has questions, concerns, or praise for any outstanding pieces of legislation, now is the time to reach out to members of the Illinois General Assembly. IASB will continue to keep you informed of important legislative action as it unfolds over the next two weeks. 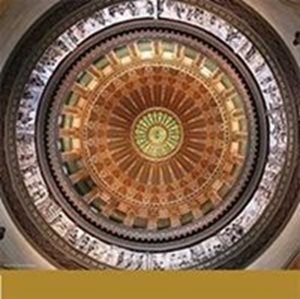