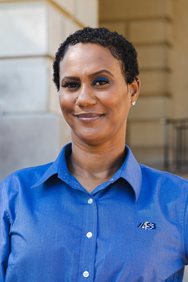 Jennifer M. Blackman previously served as the Managing Director of Save the Shrine, engaging the Woodlawn community in Chicago around a local historic landmark. She held the role of Executive Director for the Illinois Center for Civic Education and the Southeast Chicago Chamber of Commerce, where she helped develop the community’s local economy, increase youth civic engagement, and enhance public/private partnerships. Blackman also worked at non-profit organizations providing community engagement and outreach for projects. She also brings over 10 years of experience working for several local and state elected officials supporting their work through political platforms and campaigns. Blackman received a bachelor’s degree in Political Science and Sociology from Hope College in Michigan, a master’s in Urban Planning and Policy from the University of Illinois-Chicago and is a doctoral student in Community Psychology. 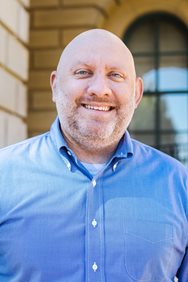 Andrew Proctor comes to the Illinois Association of School Boards with nearly 15 years of legislative and government relations experience. He has worked for two gubernatorial administrations, serving as legislative director for two key state agencies engaged in workforce and economic development. Most recently he served as director of government relations for a multi-state property development firm. Proctor staffed the Illinois House of Representative’s committees on Elementary and Secondary Education, Higher Education, and their appropriation committees helping craft the state’s education budget for nearly four years. He started his career as a legislative analyst for the Illinois House of Representatives after graduating from the University of Illinois Urbana-Champaign. He is currently pursuing his private pilot’s license as well as a law degree from Purdue University.