The Robert M. Cole Award for Best School Board Coverage, named for the first full-time executive director of the Illinois Association of School Boards, recognizes outstanding coverage of education issues that emphasize the community’s connection with its local public school district. Judges evaluate entries for contribution to public understanding of local school governance and support for effective dialogue that helps the community and school board define major public policy issues. Judging criteria also include enterprise, depth of reporting, and clarity of writing.

In the Non-Daily Division, the Cole Award for 2021 was presented to Ann Gill of Coal City Courant for coverage of Unit 1 Coal City School District. Gill’s work contributed to community understanding of governance work and issues facing the district (especially Dresden closing), with knowledge, clarity, and depth. The pieces were well explained, written, and presented and an asset to the community dialogue.

Second place for non-daily newspapers went to Rachel Otwell of the Illinois Times, Springfield, with other places to Larry Laugh of the Woodstock Independent and Kyle Herschelman of the Journal-News in Hillsboro.

In the Daily Division, the 2021 Cole Award was presented to Anthony Zilis of the News-Gazette in Champaign for coverage of Champaign and Urbana-area school districts, including well-written articles on a variety of complicated local education issues, explaining in a compelling, easy-to-read format which included community, board, and district perspective.
Additional placings in the daily newspaper contest went to Lauren FitzPatrick of the Chicago Sun-Times and Owen Lasswell of the Breeze-Courier in Taylorville. 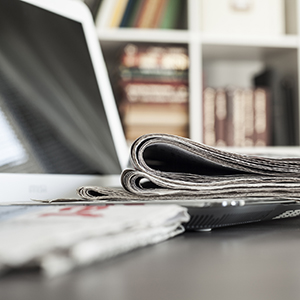