The largest of the district proposals is a $147 million building bond proposition in Barrington CUSD 220. It calls for funds for renovating instructional spaces, restrooms, and food service areas.

The next-largest proposal is in Glenview CCSD 34, where a $119 million bond issue will appear on the ballot. It asks for funding to add classrooms, update fire suppression systems, and increase ADA compliance.

School districts known to be placing local bond issues on the ballot include: School districts with tax rate increases on the upcoming ballot include: Countywide sales tax proposals to benefit schools are on the ballot in Vermilion and Marion counties. Since the state law took effect in January 2008, 56 counties have adopted the retailer occupation and service occupation tax (sales tax) for the benefit of school facilities.

Voters in McHenry County will also have the chance to weigh in on the question, “Should the McHenry County Board pursue a new structure of the office of McHenry County Regional Superintendent of Schools, or enter into an agreement with another Regional Office of Education to share its services?”

IASB will add to this list as new information becomes available, and report on results of all school referenda and tax proposals after the March 17 primary. To see historical information for past elections, please visit the Finance Election Data section of the website. 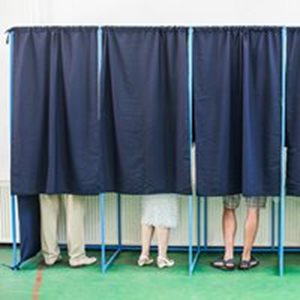