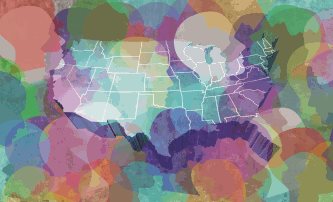 The decennial census is the largest peacetime mobilization in the United States. On the national level, decisions are made based on the census that impact everyone living in the U.S. On the local level, one missed individual, especially a school-aged child, can cost a community thousands of dollars over time. The census draws together communities for a common cause: gathering the fairest possible share of resources.

Information provided by the U.S. Census Bureau describes the effort as “Counting Everyone Once, Only Once, and in the Right Place.” It’s simple — count everyone in the United States every 10 years — yet so complex. Aside from the magnitude of the effort, the complexities include pitting civic duty against privacy concerns, taking accurate counts of a mobile population, reaching the hard-to-reach, calming the mistrustful, and getting the numbers as right as possible to ensure accurate representation and distribution of funds.

The education community in Illinois has a stake in an accurate count. A community that doesn’t respond to the census may not receive its fair share of the resources necessary to educate its current and future student populations. Census data directly affects special education dollars, Title I grants, school meals programs and early childhood education initiatives. Indirect impacts to the public K-12 education community are numerous, including Medicaid, housing, and paying for college.

The Illinois Complete Count Commission, part of the state’s Department of Human Services, is working to educate communities, organizations and residents about the importance of the 2020 census. Working with that commission, The Illinois State Board of Education (ISBE) hosted the Census EDU Summit in Chicago to impress upon the education community the importance of participation.

“The stakes are high,” said Illinois superintendent of education Carmen L, Ayala. “Missing one child means missing out on federal funding for that child for the next 10 years.”

The Census
The United States Constitution established co-equal branches of government and the system of checks and balances. The first Article of the Constitution created the legislative branch, and the first Section of that defined the U.S. House of Representatives. And then, midway through Section 2, before establishing the presidency, the judiciary, taxes, or national defense, the founding fathers wrote into the Constitution what we know now as the U.S. Census:

“The actual Enumeration shall be made within three Years after the first Meeting of the Congress of the United States, and within every subsequent Term of ten Years, in such Manner as they shall by Law direct.” — Article I, Section 2 of the United States Constitution

The “Enumeration” determined, for starters, how many representatives each state gets in Congress. For Illinois, this is a matter of importance. Illinois now sends 18 members to the U.S. House of Representatives; the state has lost six members of its congressional apportionment since the 1970 Census. Illinois’ population has increased in that span, but not as much as that of other states. Officials fear the next census could again reduce Illinois representational apportionment, possibly by two members. Each Census also redraws the state’s U.S. legislative districts.

Of related and vital importance to the census undertaking is the distribution of federal funds. A conservative estimate states that the annual disbursement of by federal agencies based on the Census count is $675 billion — or trillions of dollars over the 10-year census term. Governments — national to local — use census data to determine policies and public programs. Census data is used to build roads, hospitals, and schools.

Business — global to local — uses census data to expand operations and develop new products and services. All of the above, including the census itself, creates jobs. That the Census Bureau is part of the U.S. Department of Commerce isn’t by happenstance.

The 2020 Census will ask for each respondent’s name, phone number, and address. Questions will include demographic information, the number of people at the respondent’s address as of “Census Day,” April 1, 2020, any additional people living or staying there, and the relationship of those people to the respondent. Most households will receive an invitation in the mail in mid-March; respondents can participate online, by mail, or by telephone. Households that don’t respond will be reminded via mail in late March and offered paper census forms in April. Census Bureau employees will visit households that do not respond by late April.

Of Interest to Education
At its Census EDU Summit, ISBE brought the education community and social services providers together underscore the importance of the census to public education. Illinois is committing to a census promotional effort, from websites and summits to walking neighborhoods with local residents, in communities across the state.

The cost of undercounting is high. Particularly in the education community, undercounting children ages 0-5 is costly in the long term, and that age is statistically the most likely to be undercounted in Illinois. An estimated 5% of children from birth through preschool-age weren’t counted in 2010.

The census categorizes hard-to-count populations as hard to locate, hard to contact, hard to persuade, hard interview, or overlapping segments of each. Some are hard-to-count for reasons such as mistrust of government, lack of interest, lack of access, language barriers, and hypermobility. Further reasons, impacting children through school age, include neighborhood population density, complex living arrangements, homelessness, and lack of education on and access to census information.

According to the Illinois Complete Count Commission, among the groups historically undercounted in the census are veterans; minority communities; college students; foreign-born Illinois residents (documented and undocumented); retirees spending summer in Illinois and winter in warmer climates; farm families residing in rural counties; persons living in large housing units or apartment complexes; children under age 5; and the homeless.

Ideally, the census is an apolitical undertaking. In today’s world, politics impose on everything. The discussion of adding a citizenship question put the spotlight on the potential for politics even as the 2020 Census was being finalized. Concern engendered by that conversation is a challenge to the completion of a full and accurate census count, as are questions about privacy, access, and government intrusion into private space.

By law, the individual responses to the United States Census are safe, secure, and protected. Responses cannot be used against individuals in any way. There are no exceptions.

“The Census Bureau cannot release any identifiable information about individuals, households, or businesses, even to law enforcement agencies,” according to the Bureau.

Illinois and its education community are promoting participation across boundaries, lines, and ideologies, stressing the importance of the count to the state as a whole.

“This is so critical,” said Darren Reisberg, chairperson of the Illinois State Board of Education. “We know that there are challenges, to getting a complete count, but we can overcome it. We’ve learned in message testing that our schools are generally the most trusted messengers, even in localities where people are not trusting of government. Our communities look at our school officials as having the best interests.”

Resources for School Districts
Children can’t complete the census — it must be done by an adult. Collectively, children have so much stake in the outcome, it’s natural that the education community would be involved and that promotion of participation of the census is happening in and through schools.

Furthermore, the U.S. Census sparks its own interest in kids. At every 10 years, for kids it’s rare, novel and exciting. The Census is math: Children love to count and be counted. As they get older, learning the real-world applications of data is meaningful when kids know they have a place in that data. The Census is social studies: With history, geology, political science, sociology, and more, the Census is a macrocosm of the social sciences. Once every 10 years, the U.S. Constitution figuratively knocks on the door (or taps the screen). The census IS the people in your neighborhood.

The U.S. Census Bureau offers “Statistics in Schools,” a program offering free cross-curricular classroom materials for P-12 with hundreds of skill-building activities including storybooks, maps, calendars, videos, and even songs.

School boards are encouraged to not only work with their administrators to consider these resources, but also be a part of their local communities encouraging participation. ISBE is promoting and encouraging school districts to host Census Nights in the spring, at which, “families and community members can gather in a safe and trusted space to fill out the census online.”

Complete Count Communities, made up of local community leaders to educate and motivate residents to participate in the 2020 Census, are forming across the nation, including in Illinois. These will utilize local knowledge, influence, and resources to educate communities on the importance of participation; create localized messaging; and develop cooperative efforts across local communities.

“This overall effort … is very heartening,” said Illinois Deputy Governor for Education Jesse Ruiz of the cooperation efforts between the educational, advocacy, and social service organizations to work together to fulfill Illinois’ count. “There are so many different communities. This provides one heck of a rallying point, for all of us. There’s no party issues, no regional issues. We all need to be counted. It’s in our common self-interest to work together.”

Theresa Kelly Gegen is editor of the Illinois School Board Journal. Resources named above, and other resources for educators relating to the 2020 U.S Census are available at bit.ly/JF20-Jres.